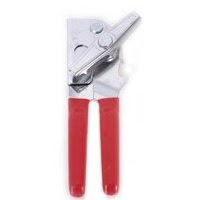 I haven't written much lately, and I have to chalk it up to one thing: I'm just not that excited about food these days. There are a couple of reasons.
1) I have kids. Kids are excited about brownies and not much else. So cooking in my house is not an exercise in creativity and inspiration. It usually involves opening a box. Maybe not for the whole meal, but for part of it, and nothing sucks the life out of me like opening a box. Sometimes it's macaroni and cheese, other times it's rice pilaf or frozen pizza. I've lowered myself so far that I am now giving my kids ramen noodles, the kind with the little foil flavor packet that has more harmful ingredients than Drano. I blame the kids.
2) Cooking is a bit like writing in that one has to feed one's self constantly for inspiration. With writing, one reads, goes to movies, eavesdrops on conversations complete strangers are having on the bus, etc, etc....With cooking, it's literal. I need to go out to eat more, and at more interesting places. So I'm making a list and welcome any suggestions you have in the comment section. Keep in mind I live in the Chicago area. I might fly somewhere exotic, as long as it's in the midwest and I can get there by car.
My next tentative venture is Manghal, a Kosher grill in Evanston. When you drive by, it looks vaguely Mongolian, like the servers might be right out of that scene in Raiders of the Lost Ark, when Karen Allen drinks a gender-challenged Mongol under the table. But it's actually an Israeli restaurant that serves grilled kosher meats, breads baked in the in-house taboun (a type of clay oven), and other middle eastern delights. If you go to the website, you'll notice this place has the much-sought-after stamp of approval from the rabbinical council. I feel like I'm in Jerusalem already. L'chaim!
3) There is no 3. I have no more excuses. Lunchbox resumes now.
Posted by Wendy Kaplan at 9:07 PM