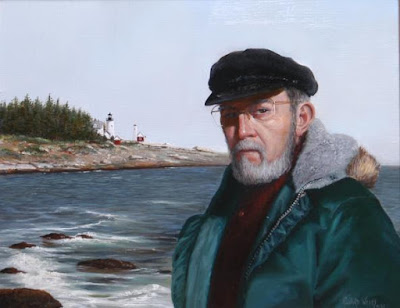 My father didn't have nearly this much gravitas when he wore his Greek fisherman's cap back in the 70's. Probably because he also carried a man purse and wore bell bottoms. He looked like a tiny Eurometrosexual Jew with a big black moustache, headed to a Mykonos disco.
Say hello to the seventh member of the Village People.
I blame The Parthenon for his Greek transformation. We ate there almost weekly, and as a result, my father became bff's with the owners. That's when he started wearing the cap. It was as if he'd finally met his people.
We went there last night, the whole family, for the man's 77th birthday. I hadn't been there in a while. They've repainted the walls with murals of the Greek countryside, and added a few decorative columns. Doric? Ionic? Corinthian? We obviously learned nothing in 5th grade social studies.
Much like 40 years ago, we ate touristy Greek salads, dolmades and the insides of the seeded loaves of bread. We shielded our hair from the flames of the saganaki. And we ate lamb. Wait a minute. No, we didn't. 40 years of clogged arteries and heart attacks meant that everybody ordered fish instead. Except my 9 year old son, who could be seen gnawing on a Fred Flintstone lamb chop in the corner. He was the only one truly enjoying himself.
The meal ended with the longest speech in history, made by my father, who gave up his fisherman's cap years ago. We left before it was over because the aforementioned 9 year old had school the next day. But it would not surprise me a bit if the old man was still standing there tonight, glass of roditys in hand, waiting for a whole new audience. When you're the kind of guy who wears a Greek fisherman's cap and carries a man purse, you have a lot of stories to tell.
Posted by Wendy Kaplan at 4:06 PM