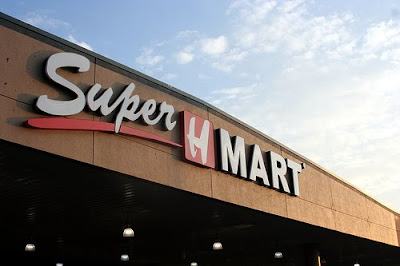 I can't quite decide if I want my ashes scattered in the produce section at the Super H Mart, right next to the galangal, or in the meat department, between the black chicken and the lamb livers. They could also sprinkle me next to the wall of kimchi. Either way, this is where I want to spend eternity. In an Asian grocery store.
It's no secret that I like grocery shopping better than any other kind of shopping - shoe included. I can vividly remember specific grocery stores in my life, how they were laid out, what the donuts from their in-house bakery tasted like, whether they had frozen green apple juice, where the bathrooms were. It's a quirk.
But Super H Mart isn't a mere grocery store. It's mecca. An Asian food superstore the size of one of those megachurches with 80,000 members and seats for every single one of them. I was going to list all the sections, tell you about the strange and unappealing meats section and the section devoted entirely to housemade kimchi, and the frozen seafood section which could easily take on the Shedd Aquarium in the number of species represented. But then I realized that would require chapters. Volumes even. Super H Mart is spectacular in its spectacularness. Here's a taste. 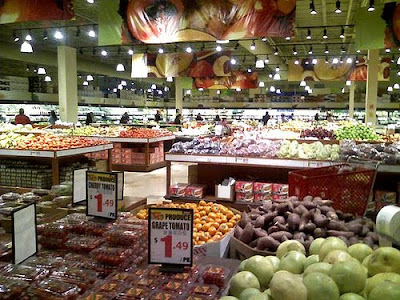 The massive produce department has not one kind of hairy fruit, but several. What does that tell you? 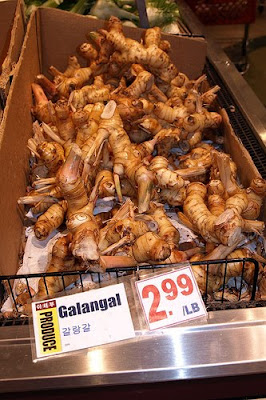 Galangal, a citrus-y, earthy tasting root that looks like a gigantic prehistoric earthworm. 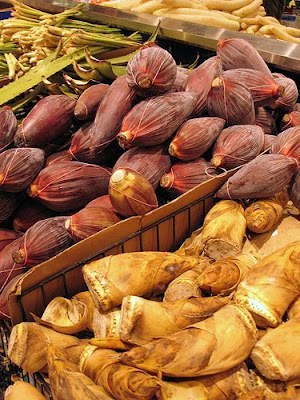 Banana flowers (the brown, bulbous pods) and something else, I can't remember. 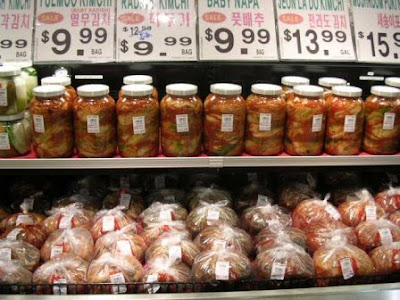 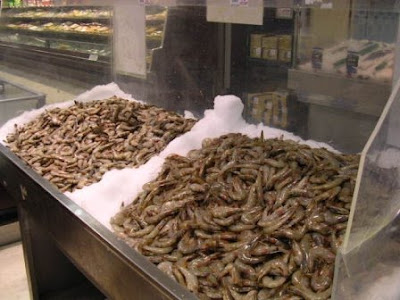 Shrimp with the heads on. Anyone up for a little tempura? 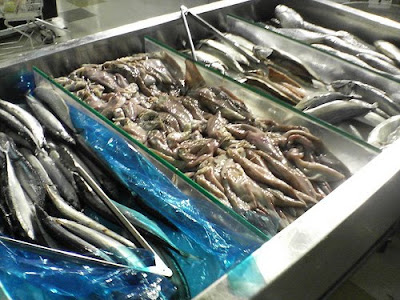 Bins of slimy fish and squid. 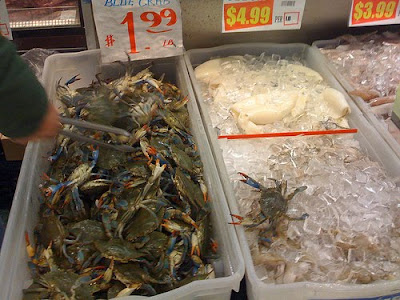 Really cheap blue crabs looking for a chance to escape. 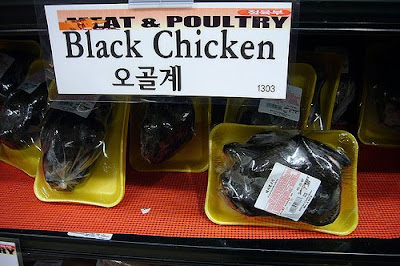 Black chicken. No, it's not rotted. It comes from a species of chicken called a Silkie. The flesh and bones are dark blue, and they're known for their calm, friendly temperament, which probably comes in handy at slaughter time. 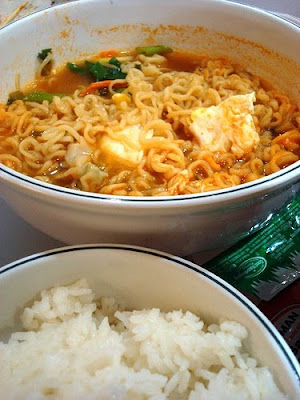 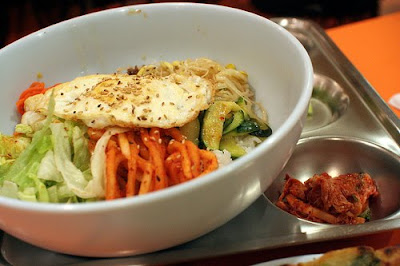 The food court! With Korea, China, and Japan represented, do I really need to ever go anywhere else? 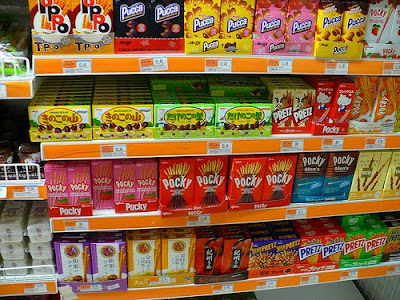 The alphabetized snack aisle - here, we have the P's.
Super H Mart is located off Oakton, near Waukegan in Niles. If you're going, call me. I'll meet you there for lunch.
Posted by Wendy Kaplan at 4:47 PM