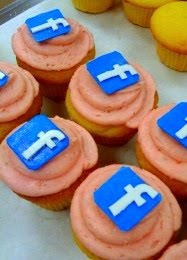 I was perusing Facebook yesterday when I noticed a friend of mine had joined the group "Cilantro Sucks." A lot of people feel this way about cilantro. Another friend of mine had this to say about the greenery several years ago.
"It tastes like ass."
He would know better than I, given his sexual proclivities. I happen to love cilantro in a big, wet, sloppy kiss kind of way, ass or no ass.
I voiced my opposition to the "Cilantro Sucks" group in the comment box, hoping that my moral outrage (and love of skirt steak wrapped in a corn tortilla, slathered with cilantro pesto) would sway public opinion. It did not. Several other people then commented on how they couldn't wait to join the group.
I've joined a lot of Facebook food groups during my short tenure there. To name a few: the I Love Chicken Potpie! club, the Put Potatoes On My Breakfast Taco and I'll Stab You In The Fucking Eye group (this will undoubtedly come back to haunt me when some guy gets stabbed in the eye over potatoes in a breakfast taco and I become a person of interest in the case because of my affiliation with the group), Del Taco, and Cape Cod Potato Chips.
I even started a group, Whatever Happened to Shanghai Minnie's?, which was a Chinese fast food restaurant in Chicago that mysteriously closed sometime in the 90's. The group now has 8 members.
So why do we join these groups? Connectivity? Camaraderie? Narcissism? Exhibitionism? And then it came to me.
We have an inherent, regressive need to define ourselves to the world - to be known - although if we're honest, it's probably more for ourselves than it is for anyone else. Remember when you were a kid and some other kid blurted out, "My favorite flavor of ice cream is chocolate!" You weren't just going to sit there and let his favorite be known, but not yours. You and every other kid in the room would start yelling out your own favorite flavor. "Mine's chocolate chip!" "Mine's blue moon!" And then there was the one kid who would go off on a tangent: "My aunt made an ice cream cake at my cousin, Max's, birthday party but it had grape jelly in it, so I didn't eat it!"
So just to let you know, my favorite soup is tomato. My favorite oil is olive. My favoite cheese is pepper jack. My favorite cookie is almond biscotti. My favorite dessert is tiramisu. And I would not eat an ice cream cake with grape jelly in it, either.
Posted by Wendy Kaplan at 6:37 AM