Stickin' it to the man 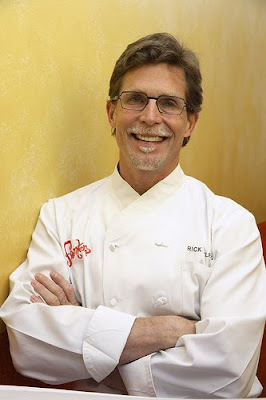 I haven't committed any crimes in my life, if you don't count the shoplifting incident in 9th grade when I lifted a deliciously slutty shade of frosty teal eyeshadow from a Korvette's in the Bronx. I paid my debt to society by getting caught, and then getting grounded for two weeks. No social life in 9th grade = solitary confinement.
So when I went to Xoco the other day - Rick Bayless' new quick service restaurant that I swore I wouldn't patron until the lines died down - I certainly wasn't expecting to be felonious or misdemeanorious or anything except law-abiding. That was before I had to find parking.
I drove around the block six times, looking for a Paybox spot. Good luck with that at high noon, so I decided to park in one of those lots where parking costs more than lunch itself. I cursed the city of Chicago and pulled in.
Normally, there's an attendant who gives you a ticket, takes your keys, and then laughs his ass off at your gullibility, since you just promised him $25 for an hour's worth of parking. But I didn't see any attendant. I waited the requisite 45 seconds, and even added 15 seconds to the 45, and still no attendant. So I pulled into a space, locked my car and went to lunch, figuring I would just pay him when I returned.
I met my friend, Bob, there. Bob and I only go to places where you have to stand in line for interminable amounts of time. We've spent more time standing in line, waiting, than we have sitting down, eating.
My thoughts on Xoco: lunch was a 15 - 20 minute wait. No diet coke. Diet pepsi. And the seating made me want to call up the architect who designed the place and say, Are you spatially retarded? The table we landed at was a communal table for six. There were two people on one end, so we sat at the other end, but before our food came, the hostess asked us to move to the middle, leaving an open space on the end for some annoying party of two to sandwich us in, which never happened, so we cozied up to our neighbors for nothing.
At that point, anything less than the best food in the world would have been disappointing. And so it went. I had a woodland mushroom torta. The bread was too crusty, the filling was a tad too salty, and the act of having to deconstruct it because the bread was too crusty was too much to ask. Bob had soup (winter squash - it was fine) and a salad, which I would imagine was also fine. But still - no diet coke and a communal table designed to completely ignore my need for just a scoche of personal space? The only reason I'll go back is for the churros, which looked twisty and delicious.
So, disappointed with lunch, I decided that maybe I shouldn't have to pay for parking. Maybe I shouldn't have to give the man $25 after a lunch that was no better than middling. Rick Bayless just stuck it to me with a long wait and a disappointing finish. I was going to stick it to System Parking, Inc.
I went over to my car, unlocked it and got in. The attendant was standing there, half-awake. I expected him to flag me down, demand $25 plus some penalty for not following protocol. But he didn't. With my friend, Bob, watching in stupefied awe, I drove away, with $25 in my pocket to buy something worthwhile, like 25 Bee Gees songs.
Posted by Wendy Kaplan at 10:12 AM