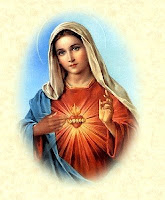 Apparently, the Virgin Mary made an appearance on the griddle of a California restaurant this week. Of all the places that have claimed a heavenly sighting, this one I actually believe. If she's going to grace us with her presence, do you really think it's going to be on an underpass wall beneath the Kennedy Expressway?
No, it's going to be where bacon sizzles and eggs scramble. Since it's in a border town, I'm guessing Las Palmas restaurant also has a breakfast burrito or two, and some frijoles. Even more reason to pop in and grab a bottle of hot sauce for the table while you wait for a sign from the man upstairs.
I had my own run-in with the griddle today. We were having lunch at Pita Pete's in Evanston. I ordered a chicken gyros, which is sort of like a SteakUmmm (see previous post), but with chicken instead. At least I think it was chicken.
As I moved down the pita assembly line, from condiments to the cooking of the meat, I came face-to-face with a Latino version of "Moe" from The Three Stooges. He was griddling my chicken-like sandwich meat. His outfit was standard prison issue, his hair, the Moe Howard special. You have to admire a grown man with the cojones to wear bangs.
As for the Virgin Mary, I'm looking for her to show up in a deep fryer some day soon. That's another place where miraculous things can happen.
Posted by Wendy Kaplan at 8:17 AM